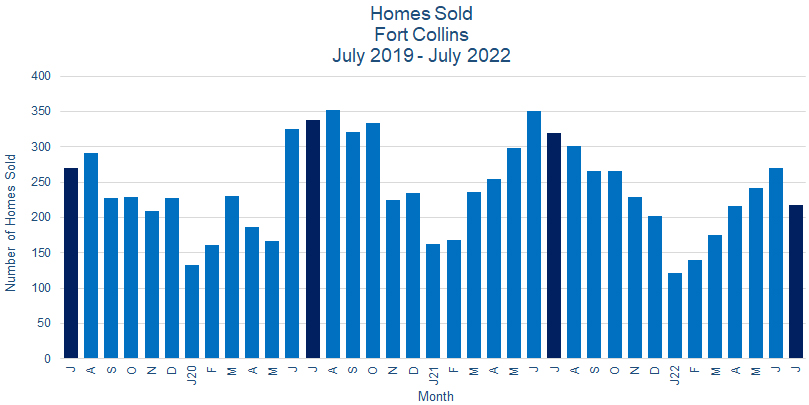 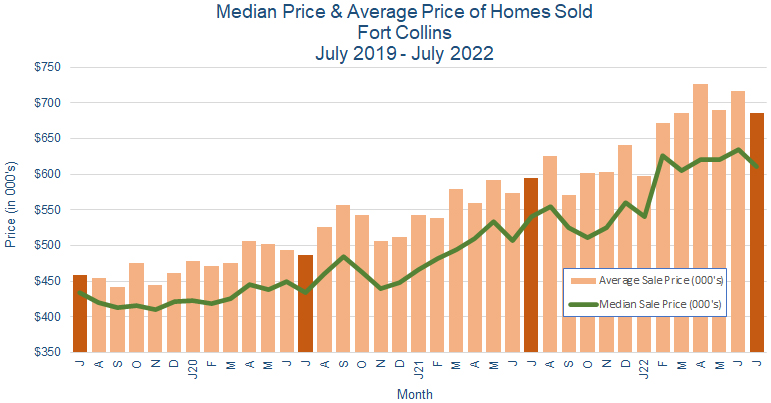 Home prices also declined in July 2022. The median price dropped to $610K from $634K in June, down 3.9%, while the average price fell to $686K, down 4.5% from $717K. These aren’t major price shifts, but, along with the usual minor randomness of monthly price changes that result from the specific set of homes that closed during the month, some market correction is most likely included. 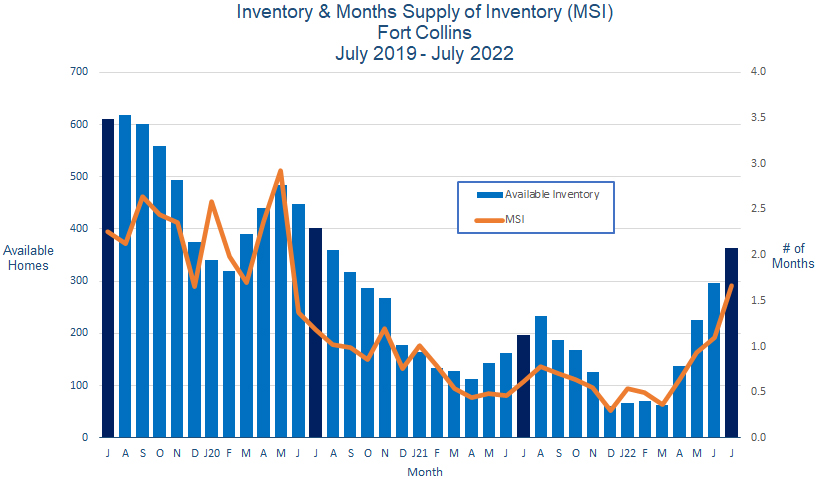 For the fourth month running, inventory rose in Fort Collins CO in July 2022, with 364 homes on the market at the end of the month, a gain of 31.4% from June's 297 homes, and the highest level for the last two years. The Month’s Supply of Inventory (MSI) rose to 1.7 months. 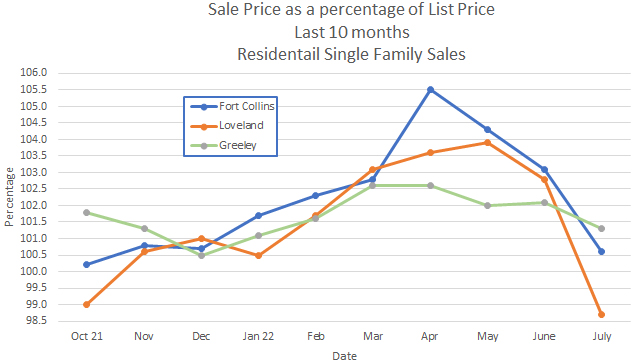 This market indicator peaked in April 2022, and has shown a steady decline since, as economic uncertainty impacted buyer demand and inventory increases provided less pressure for aggressive market strategies on both sides of the transaction. It appears the crazy times are over, at least for now.

It has been a wild and interesting ride we’ve been on, from a seller’s market that was unsustainable, to a mere momentary drive-by of what would be considered normal market conditions, and the into what appears to be emerging as a buyer’s market. But buyers will be constrained by rising interest rates and uncertainty about the economy, so we expect things to slow down quite a bit in coming months.

Our numbers in this report are based on closings in July. Those contracts were most likely written during May and June, and reflect market conditions at that time. But because we have a good view of the market now, we can anticipate (somewhat) what our numbers are going to look like in August, September, and October. What we’re seeing now are continued price drops, less urgency on the part of buyers, as well as more contract cancellations due to increasing loan costs.

A “normal” market, whatever that may turn out to be, isn’t going to manifest itself for a while. We’ll need to put inflation and recession fears behind us first, and until then, the market will mostly be in reactive mode, with challenges facing both sides of the transaction. We'll be watching closely and keeping you up to date here, but if you have questions or just want to talk about the real estate market, please don't hesitate to give us a call.